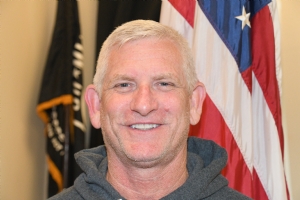 He served with the U.S. Navy as a Helicopter Search and Rescue Swimmer/Anti-Submarine Warfare Operator during the Cold War 1980-1986 timeframe.

For the last seven years of his military career he served as the NCOIC of the California Military Department’s Provost Marshal Office.  Retired from active duty as a Sergeant Major on 24 December, 2017.

He currently works as an Army Contractor for the Work For Warriors program as a Veteran Staffing Consultant.

Dinners on Monday thru Thursday

Lunch most days Noon to 3