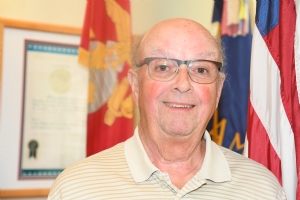 Graduated from University of Missouri-Columbia 1969 with a B.S. in Agriculture.

After service worked for Ciba-Geigy Agriculture Division in various capacities and management positions all over the U. S.

Moved to California in 1984 as Regional Director of Sales, Western Region, for Ciba/Novartis Agriculture Division.

Retired in 1997 and became a Certified Rules Official for the Northern California Golf Association.

Active in Bayside Church, Granite Bay since 1999, and also volunteered as Interview Coach for the Bayside Church Career Coaching program.

Dinners on Monday thru Thursday

Lunch most days Noon to 3